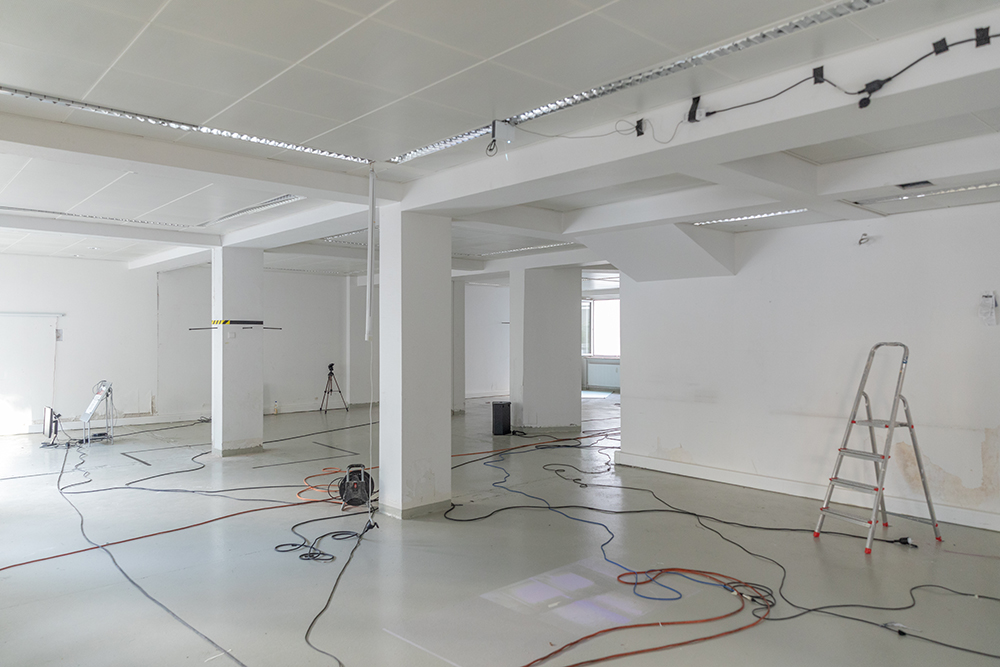 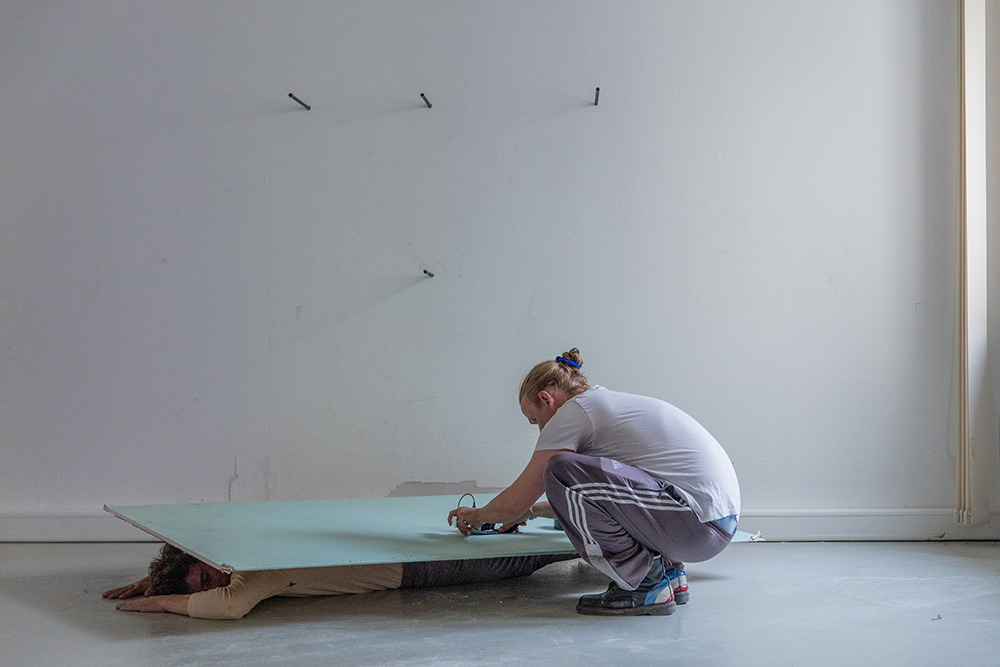 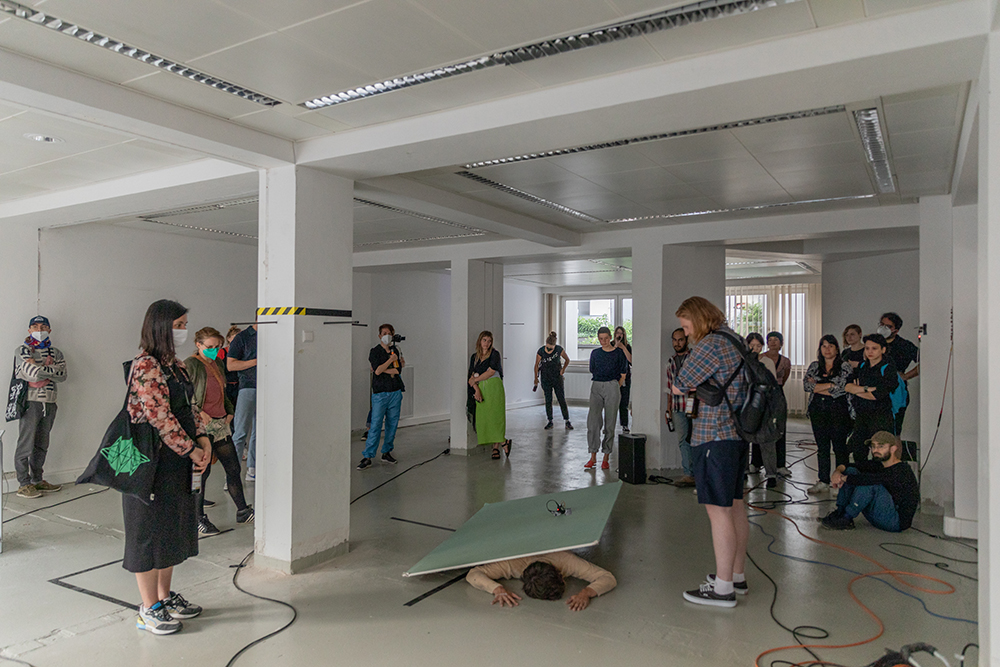 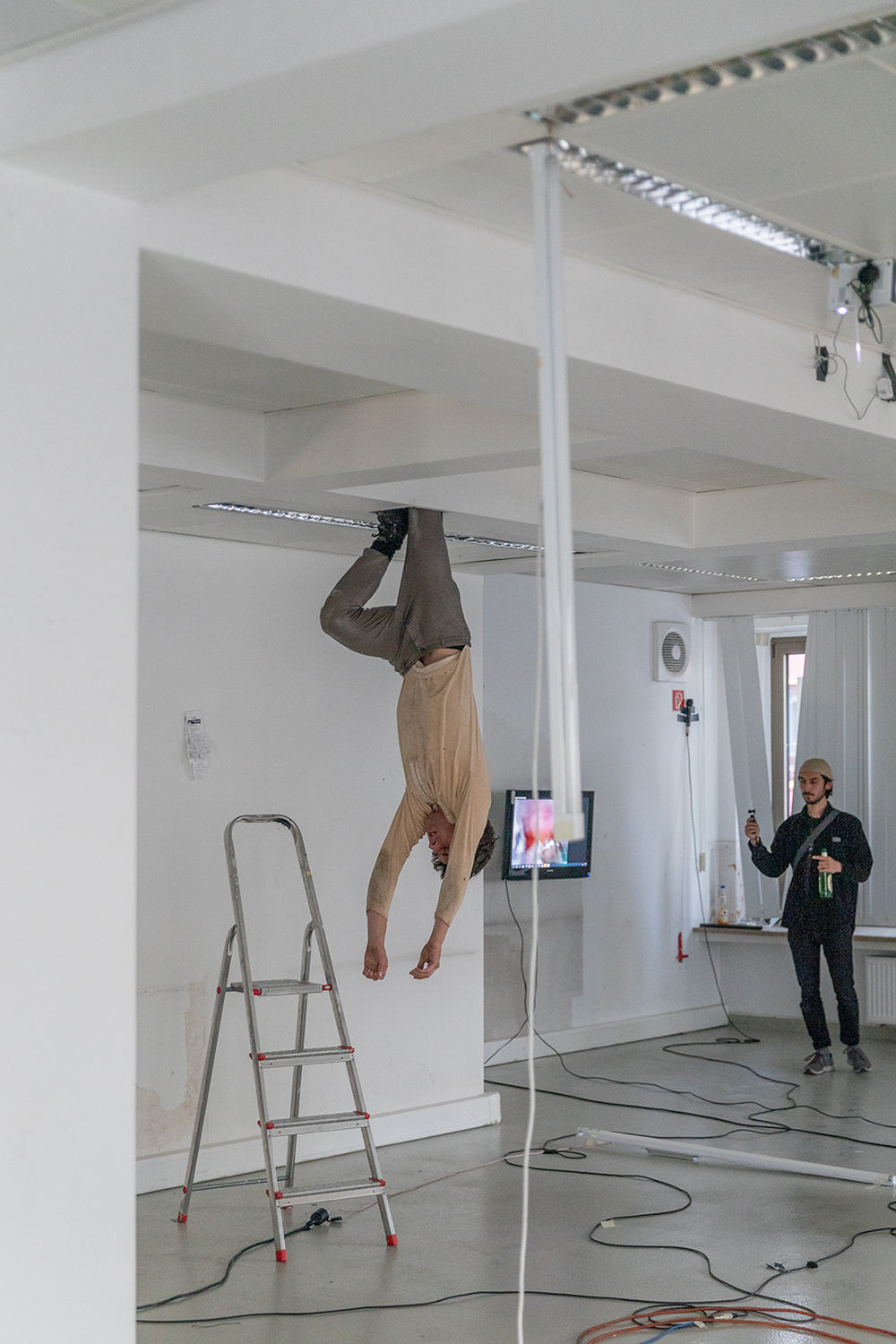 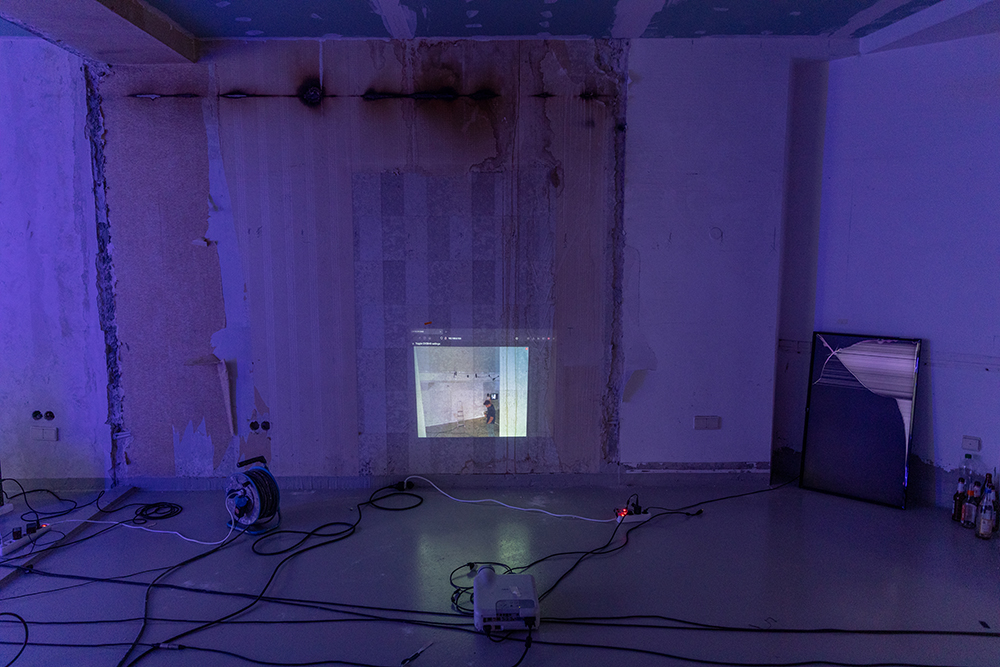 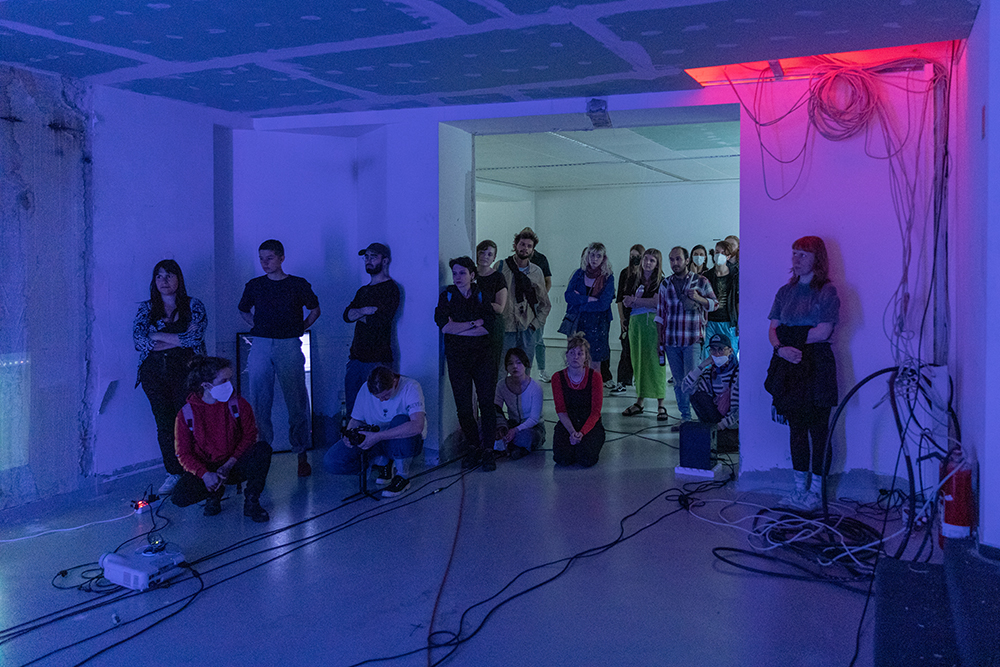 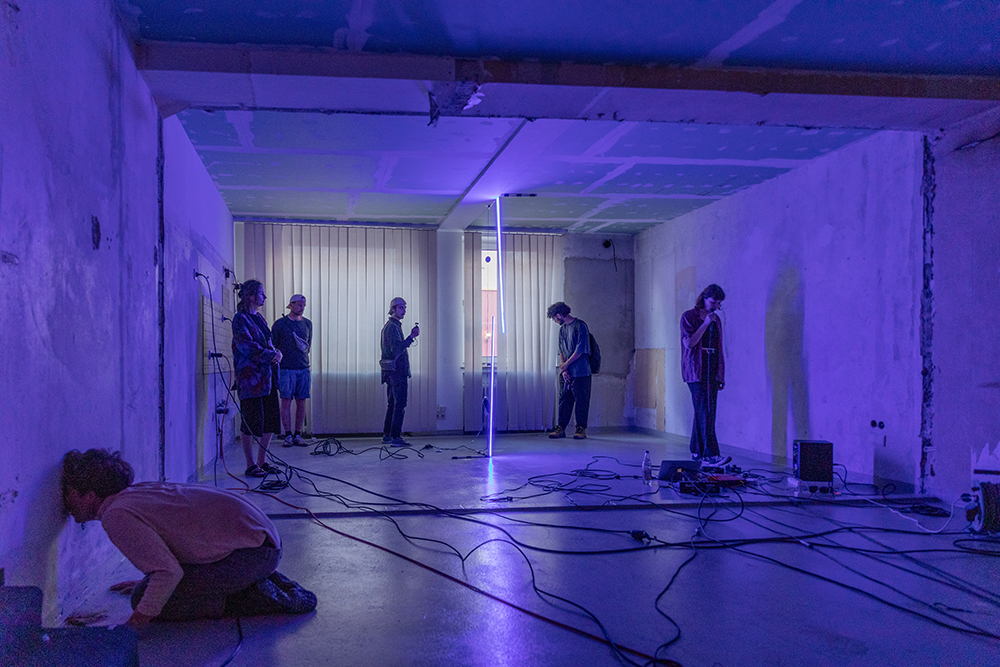 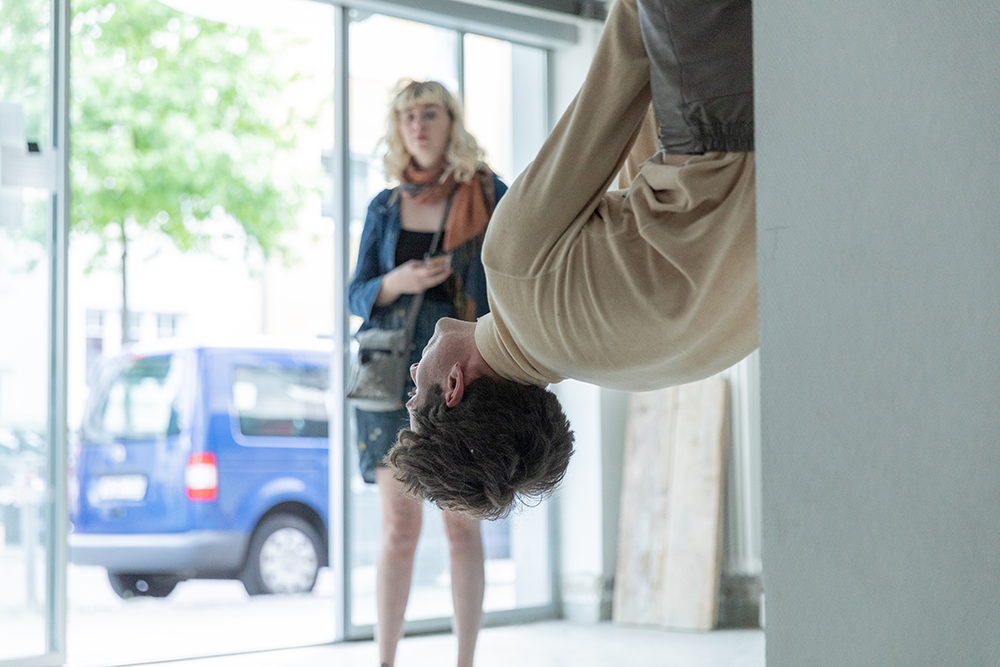 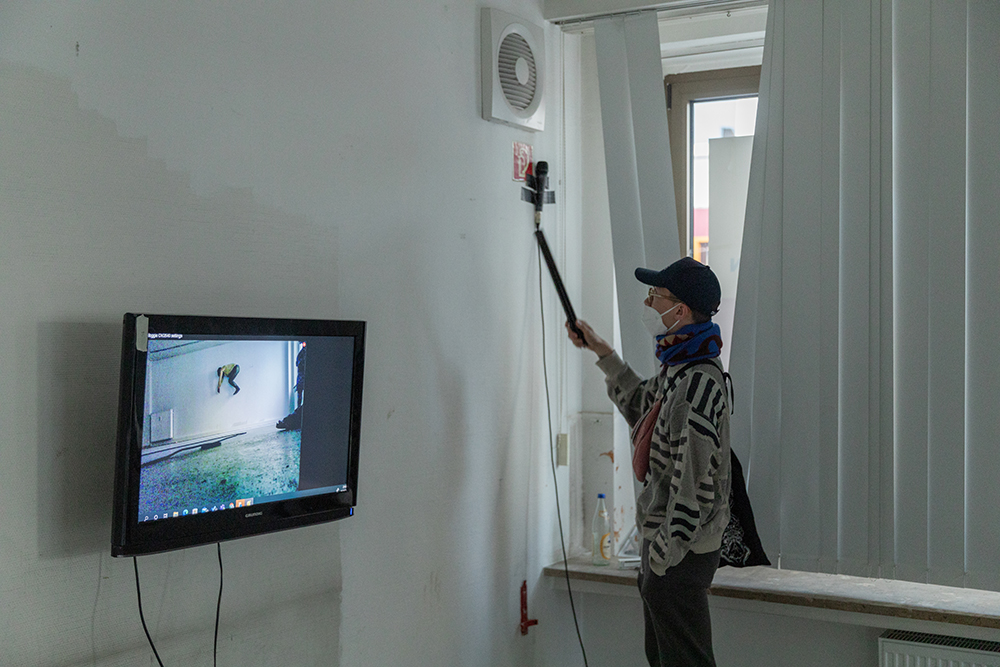 The liveperformance „reamp“ took place on the vacant second floor of the former „Sparkasse“ at Admiralstraße 129 in Finndorf, Bremen. The artistic work of Robert Coellen, Liesl Lindeque and Toni Ehrhardt was made possible and supported by the project RESTORE_ by „Hacer Sitio Corp“.

Fundamental was the interaction with a non-place (according to Marc Auge) and its revival through interdisciplinary actions, which were developed over 3 weeks and finally presented live to an audience.

The former „Sparkasse“ offered a pool of different architectural, auditory and other technical „forms of expression“ through its interior space and technical left overs by itself. These were taken up and amplified (expanded) by the artists through performative interventions and technical networking by means of light installation, video and sound recordings. Through Toni Ehrhardt’s body sculptures, parallel selected locations of the space were activated in the live performance under this principle of „amplification“.